What was Rod Reiss Titan? A Huge Titan?

Rod Reiss’ Pure Titan is the huge titan in the series. When Rod Reiss’ huge titan stood up, its internal organs were exposed. As it dragged itself across the ground, it wore away all of its skin and muscles.

Contents
What was Rod Reiss Titan? A Huge Titan?Comparison between Colossal titan and Rod ReissHow Rod Reiss Became the Biggest TitanRoyal Rod ReissRod’s TransformationRod The TitanSome facts about Rod Reiss You Need To Know AboutRod Reiss’s Reason for Not Eating ErenRod Reiss Was The Biggest TitanHe Belonged To The Bloodline Of The Founding TitansFrieda Reiss, his eldest daughter, is full of surprisesRod Reiss’ Titan FaceRod Reiss VS The Colossus TitanIs Rod Reiss a titan shifter?

In the manga Attack of the Titans, the Colossal Titan is the tallest titan. Bertholdt Hoover, a former Scout Regiment member, has taken on the titan form. The Colossal Titan stands 60 meters tall. The Colossal Titan can eject massive amounts of steam at will, using the heat to repel anyone who tries to approach it or to burn down any structure in its path.

The Rod Reiss’ Titan is an anomalous Titan descended from the human Lord Rod Reiss (King of the Walls) who is a huge titan whose body is so huge that it is incapable of standing straight. It is 40 meters tall and 120 meters long in its prostrate state. Except for the Colossal Titan, it already towers over the majority of the Titans at 40m.

Attack on Titan, which depicts a horrifying fantasy world filled with seemingly unstoppable giants who appear to live only to swallow any humans who cross their path, is still one of the most popular anime/manga series in the world. To protect itself from the titanic danger, humanity has built gigantic walls around its last major city and trained an elite military to confront the Titan threat.

However, one recurring character, Rod Reiss, a huge titan, was changed into a Titan, posing a threat to mankind as a whole. Now, from his human origins to the details of his monster metamorphosis and subsequent involvement in the manga franchise, we’re taking a deeper look at the abnormally big, ugly huge titan.

Rod, a huge titan was the eldest of two king’s sons and the Founding Titan’s heir. Before marrying and raising five children, including a secret sixth child with the Reiss family maid Alma, he and his younger brother Uri tried unsuccessfully to have their father end the Titans heritage. To Rod’s dismay, both Uri and Rod’s daughter Freida succumb to their bloodline’s demonic influence, with Freida devouring Uri to usurp the kingdom.

After the Titans break one of the city’s defences, a man named Grisha Yaeger emerges from the outside and changes into a Titan himself, murdering Freida and devouring most of the royal family, with only Rod escaping. Rod, who is known as a huge titan runs to a farm where his illegitimate daughter Historia has been residing, only to be ambushed by the military police as Historia’s daughter is slain and Kenny Ackerman draughts Historia into the military police.

Rod the huge titan and Historia kidnap Grisha’s son Ehren Yaeger after learning of his hereditary ability to transform into a Titan. They hope to force Ehren to help them regain the Founding Titan as part of the Reiss family tradition. The huge titan has a syringe ready to convert Historia, as she is of the Reiss bloodline, so they can use the Founding Titan to eliminate the world of the Titan legacy.

Kenny, on the other hand, interrupts the proceedings when History learns the whole nature of Rod’s plans for her. Rod’s spine is broken by his daughter in the following battle, and the syringe is destroyed, forcing huge titan Rod to desperately swallow up its contents and transform into a Pure Titan. Rod’s Reiss ancestry, combined with the strong contents of the syringe, causes him to crash through the chapel where he had been holding the captive Ehren, making him twice as massive as the previously largest sighted Titan.

Due to the back injury he acquired soon before eating the syringe’s contents, Rod the huge titan continues to walk forward on all fours rather than standing erect. The Survey Corps is unable to immediately engage Rod as he advances to an area of the city with a particularly high concentration of humans due to the sheer quantity of heat radiating from his body, with everyone who comes close to him being burned.

The military begins bombarding this huge titan with artillery fire as the sun rises, but they are powerless to stop him. Soldiers begin to coat themselves in water as Rod begins to scale the wall to survive the extreme heat before Squad Levi blows Rod’s hands-off. Ehren shoves barrels of gunpowder into Rod’s mouth as he falls to the ground, causing a great explosion that shatters the Titan. Before Rod can flee, Historia delivers the fatal blow to the nape of his neck, absorbing his memories as a result of their shared genealogy.

Some facts about Rod Reiss You Need To Know About

Rod Reiss the huge titan was a formidable villain and a man of many secrets in Attack on Titan characters.

Attack on Titan, a popular fantasy anime, has announced that it would air its final season at the end of 2020. There were lots of twists and turns in the first three seasons, and viewers lost a lot of favorites because the series featured some of the most stunning anime deaths in recent memory. The characters are engaging and easy to relate to, while the adversaries are intriguingly complex. Antiheroes are also popular among fans because of their intriguing and often sad backstories.

Fans of the program admired Rod Reiss, a huge titan, one of the most formidable anime villains. Despite being a psychotic megalomaniac, he was a popular character among fans. Between 845 and 850, the genuine king of the walls had some bizarre beliefs about heritage and tradition, which added to the excitement of the play.

Most viewers pondered what would have happened if Rod Reiss the huge titan had eaten Eren after viewing the dramatic scenes in the Reiss Chapel. It’s a hot topic among Attack on Titan fans, and it’s still being contested today. Rod Reiss was tasked with consuming Eren because Historia couldn’t be persuaded. Reiss, on the other hand, elected not to.

Rod the huge titan understood that, while it would have been a simple solution, he would not have been able to continue the bloodline. Eren, he believed, was essential to the preservation of history and was more valuable as a human. The writers made an excellent choice, and fans were pleased since Eren was able to vanquish several formidable foes.

Rod Reiss Was The Biggest Titan

Despite his size, his arms were feeble and he lacked control over his body. Even so, no human could have dealt serious damage to his massive, boiling form. Even a “weak” Titan is capable of wreaking havoc.

He Belonged To The Bloodline Of The Founding Titans

Reiss was a king’s son, and with that status came a lot of responsibility. Growing up with top-secret information is a burden that has driven several members of the Reiss family insane. Over the years, the royal family passed along the Founding Titan from generation to generation.

Uri Reiss, Rod’s brother, was given the unwelcomed ability to manipulate other mindless Titans. Frieda, Rod’s daughter, received it later. Lord Reiss was fiercely protective of his history, and his desperation drove him to make a decision that would forever alter life within the walls.

Frieda Reiss, his eldest daughter, is full of surprises

Rod’s eldest daughter is one of the most interesting characters in Attack on Titan. Between 842 and 845, Frieda was the actual Queen of the Walls. She was not just the last of the known Founding Titans, but she was also an important figure in Historia’s childhood.

Frieda was a caring and loving individual who guarded Historia’s memories by erasing them. She cannibalized her uncle, Uri when she was fifteen years old to attain the Founding Titan power. She was later defeated by Grisha’s Attack Titan and consumed to unite with him.

Rod the huge titan was still unable to stand after his change since his back ailment had not healed. However, the horrible creature would not abandon his final drive to destroy, so he crawled toward the nearest community, his face scraping across the earth.

Rod’s face was obscured during his inexorable crawl to the wall. This huge titan did, however, manage to rise at one point, allowing the world to see his damaged face. Many spectators turned away from the screen during this memorable moment. Rod’s mangled Titan face was simply too much for him to take.

Rod Reiss VS The Colossus Titan

Many viewers were curious about Rod Reiss’ link to the Colossus Titan, yet the two have very little in common. Bertolt Hoover, one of Marley’s warriors, was this formidable Titan. They broke through the wall to entice the Founding Titan out. They desired the ancestral power for themselves since it would have changed the course of the conflict on Paradis Island for the Marleyans. While Colossus isn’t always regarded as one of the show’s best villains, he is nonetheless one of the show’s most formidable and sinister antagonists.

Is Rod Reiss a titan shifter?

Rod the huge titan was turned into a Pure Titan, which is unlike a Titan shifter in that it has no will or mind of its own. Rod would fall under the Abnormal Titan category, which is an uncommon sort of Pure Titan that we see few of throughout the series, much like the regular mindless Titans. 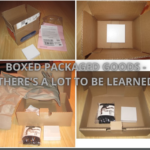 Boxed packaged goods – A Major ERA of Packaging
Next Article 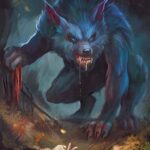