Reiner Braun is the protagonist of Attack on Titan from the Marleyan perspective. He is a vice commander of the Warriors. He is the illegitimate offspring of an Eldian and a Marleyan, and he grew up in Liberia’s internment zone until being chosen as one of the Marley Warriors as a toddler. He was given the ability to turn into the Armored Titan when he was ten years old.

He infiltrated Paradis with Bertolt Hoover and Annie Leonhart in the year 845 as part of a mission to retrieve the Founding Titan. After finishing second in the 104th Training Corps, he joined the Survey Corps.

There are 2 appearances of Reiner Braun human form and titan form.

Reiner has short blond hair, hazel eyes, and a defined facial structure in his human form. His towering stature, broad shoulders, and solemn demeanor give him a commanding appearance.

Reiner Braun’s Armored Titan form stands 15 meters tall and is covered in white plates of hardened skin, with the exception of the muscles in its cheeks, which are exposed when it opens its lipless jaw, and the muscle tissue behind its knees, elbows, and feet. It has short, blond hair and white, organic lenses over its eyes.

Despite its seeming heavy weight and lack of stamina, it has been observed to have exceptional agility and the ability to move at a fast pace while fighting Eren.

Reiner comes across as calm, composed, loyal, and dependable at first glance. He becomes more aggressive and assured about his objective after attaining his Armored Titan abilities. In Season 3, Episode 15, of the anime series, we can see this clash of egos. Reiner had developed a bond with his 104th Training Corps teammates. He was aware, though, that he had a mission to complete and goals to meet.

He would kill people without hesitation if he had to kill people along the way. Reiner grows more determined as the story progresses, but less human in the process.

Why does Reiner Braun become the protagonist in Attack on Titan’s last season?

Reiner Braun is one of the most talked-about characters in Attack on Titan, having gone from supporting character to adversary to protagonist.

From Season 1 to Season 3, audiences disputed, despised, and adored Reiner. Having said that, his character’s depths and layers are revealed in the final season of Attack on Titan. Isayama Hajime, mangaka of Attack on Titan: Resurrection, shares this sentiment.

Part 2 of Attack on Titan’s last season will broadcast in winter 2022, and Reiner will reprise his role as one of the show’s core protagonists. This article explains why Reiner’s decision to become one of the protagonists was so smart, and even crucial.

Why is the reaction to Reiner so different in season 3 compared to season 4? Simply said, the anime switches into a fresh perspective in the final season, and the audience finally gets to witness life through the eyes of the Eldians who live in Liberio, with Reiner Braun at the heart.

Reiner originally appeared in Season 1 as the 104th Training Corps’ 2nd ranked honour student. He builds a bond with Eren and expresses his and Berthold’s desire to return home before joining the Survey Corps alongside the other protagonists.

Reiner exhibited exceptional leadership abilities by leading the charge on multiple occasions, most notably during the Female Titan’s attack. Reiner Braun and Berthold were revealed to be the Armored and Colossal Titans, respectively, later in Season 2. This infuriated both the characters and the fans of Attack on Titan.

The two were not seen again until midway through season 3 after being rescued by Ymir. Reiner and Zeke are saved by Piek’s Cart Titan after Berthold’s death. They returned to Marley, wounded and broken.

Reiner’s character, on the other hand, is given both complexity and reason in the final season. He was born to an Eldian mother and a Marleyan father in Liberia’s detention zone. Reiner joined Marley’s Warrior Program in order to honor his mother’s desires.

The latter asserted that if Reiner Braun could become an honorary Marleyan, his father would accept both of them. Reiner was cruelly rejected by his father despite receiving the Armored Titan at the age of ten. The young boy became disillusioned and aimless as a result of this.

Reiner Braun was then sent on a mission alongside Marcel Galiard, Berthold Hoover, and Annie Leonhart to retrieve the Founding and Attack Titans. On their approach to Shiganshina, he is saved from being eaten by Ymir by Marcel, despite unanticipated circumstances.

After Berthold reminded Reiner Braun of his genuine objectives and his true home in Marley, the gap was eventually healed.

Reiner’s true nature emerges gradually, revealing him to be intelligent and strategic, but also indecisive and lacking in self-assurance. He is both courageous and cowardly, despite his principles.

Reiner is severely psychologically traumatised in Paradis, which, along with his mother’s insistence and his own disillusionment with Marley, causes him to become exceedingly despondent and suicidal.

The spectator sees everything through Reiner Braun’s eyes in the last season of Attack on Titan, transforming him from a villain to a damaged and empathetic character. It was a frank portrayal of the Marleyan worldview, which differed from the one presented in Season 3 through Grisha Yeager’s diary.

Reiner has grown disillusioned with the Marleyans and Eldians as his reign as the Armored Titan draws to a close, and by extension, his lifespan. In reality, he has no ill feelings about his Paradis buddies, since he recognises that they are all humans. This mindset is echoed in Reiner’s mentee, Falco, and contrasted in Reiner’s little cousin, Gabi.

Reiner Braun is an enervated guy suffering from PTSD in the last season of Attack on Titan. His cowardice contrasts with his genuine concern and care for everyone around him. Falco is the one who forces Reiner to battle once more, and despite his reservations, the latter returns to Paradis to save him and Gabi.

Attack on Titan is set in a morally ambiguous universe, and it’s only logical that both Reiner Braun and Eren are morally dubious characters. Both of them have experienced trauma as a result of their deeds, which leads to some of the most heartbreaking interactions in the series. While Part 1 of the last season ended on a cliffhanger, another Reiner vs Eren battle and his Pokemon-like collection of Titans should be on the way.

Eren Jaeger and Reiner Braun have had a tense rivalry since season 1. Eren was rocked to his core when he learned that Reiner was the Armored Titan, and that he was responsible for his mother’s death.

In Attack on Titan season 4, Eren defeated Reiner Braun and the other Marleyan Titans – but only after the two former allies had a heart-to-heart in the basement. Eren’s Titan talents were barely under control in his first battle against Reiner. Eren may have come to feel that nothing will be resolved until he and Reiner finally settle their long-running feud.

When Eren fights Reiner, it’s not so much about one Titan defeating another as it is about Eren imposing his beliefs and will over Reiner’s. The Eldian race is simply too small to accommodate both of them.

Will Reiner Braun die in the final season of Attack on Titan?

From a Marleyan perspective, Reiner Braun is the protagonist of Attack on Titan. He, like Eren, kept marching forward in the direction of the righteousness he believed in. In his story, he is the hero who believes that the only way to break the cycle of cruelty is to exterminate the Paradise devils. He went through many near-death experiences and other tragedies during the series, making death seem like a luxury.

He even attempted suicide since the guilt of his past actions was too much for him to bear. Will Reiner Braun, on the other hand, perish in Attack on Titan: Final Season?

Reiner Braun brought the Marleyan army to Paradise for his long-awaited confrontation with Eren in Season 4 Part 2. Fighting Eren now is akin to suicide, given how powerful he has become. Eren aims to finish him this time after nearly killing him in their last confrontation in Liberio.

Who was Yamato Naruto? A complete guide about yamato naruto’s history 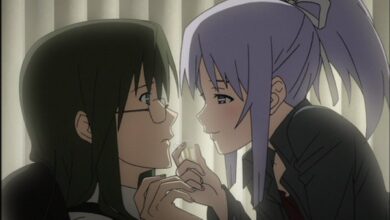 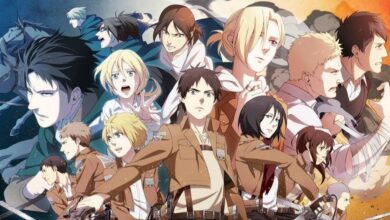 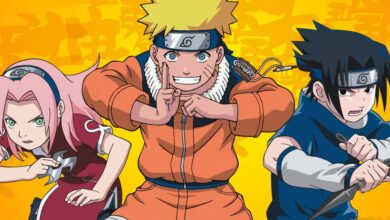 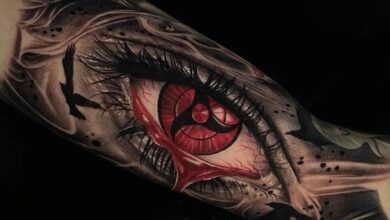